Accepting an Apology You Never Receive

“A life lived without forgiveness is a life lived in the past.” Asa Don Brown

Sometimes in relationships we hurt one another.

When people hurt us intentionally, it’s because they’re hurting themselves. It’s only ever hurting people who intentionally hurt other people.

But mostly when other people hurt us, it’s unintentional and it’s because they didn’t really know how to do it differently and well, they screwed-up.

Sometimes when other people hurt us, they can take responsibility for what they did and apologize for doing the hurt caused. But let’s be honest…most people cannot do that…

They can’t look at what they did…. (that’s not a part of themselves they want to see)

They can’t admit fault… (that would mean they were somehow inadequate, insecure or wrong)

They can’t offer an apology.

Which leaves you with a choice…

Hold onto the resentment you have toward the person that hurt you. Take the past and carry it with you into your future. Try not to think about it too often, but know that it’s unconsciously guiding some of your future choices and behaviors, attempting to avoid being hurt again.

Do the deep work of forgiving someone who never asks to be forgiven. Do it for yourself, so that you can move into your future without carrying the weight of resentment from your past. Heal the hurt so that you don’t put on unnecessary armor that keeps people from knowing and loving you deeply.

Here’s how I’ve done it in my own life:

I choose to see the wound they carry.

I choose to see the belief or fear they carry that created the painful emotion that caused the action to hurt me.

If I focus on the action and the hurt, I remain stuck. I carry what feels like a 20 pound weight around on my shoulders. I live in the past.

But if I focus on the hurt they’re carrying that caused them to take an action that would hurt me or someone else, I find compassion. And I can move forward from a place of compassion. Which means I can accept an apology I never received. I can forgive, even though no one asked to be forgiven. I can choose to not pick-up their wound and make it my own. And there’s a lot of freedom there. 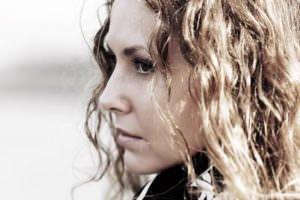