“Waiting hurts. Forgetting hurts. But not knowing which decision to take can sometimes be the most painful…” José N. Harris

When a woman has had an affair – and falls in love – she thinks she’s now choosing between two men: her husband and her affair partner. But that’s not actually true.

The relationship with her husband likely feels like safety and predictability. But it also feels disconnected, lonely and broken beyond repair.

The relationship she has with her affair partner likely feels like an addiction that she knows is wrong and damaging in many ways but she can’t seem to turn away from. She feels seen, desired and alive again.

This is the place where most women get stuck. They believe they are choosing between two men and it feels like a no-win situation.

The first decision is: Can I have the relationship I desire with my husband?

This is a yes or no answer, but you won’t ever know the answer until you try. And because you’ve likely tried before and been unsuccessful, you will need to take a new approach.

The affair partner helped you to realize what it is you truly desire (thank you for that….). Now it’s a matter of whether you can feel the way you want to feel in your marriage.

If the answer becomes yes – then all is well. You get the intimate relationship you desire and no blow-up of your life is necessary. Miracles have been known to happen…

And if the answer is no, then your next step is un-winding the marriage as gently and lovingly as possible. If the answer is no because you don’t want to continue trying, your work is also to overcome and quiet the judgments and voices in your head.

After the decision about your marriage has been made, then….down the road there may be another decision to make: Can I have the relationship I desire with my affair partner?

The distinction is that now there’s a new on-ramp into this relationship with the man who was at one point your affair partner and now the man with whom you’re attempting to create a committed relationship.

I’ve also seen (and experienced it) when it’s a complete shit-show. 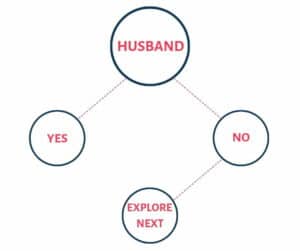