Divorce and Our Emotions

“It can be difficult, if not impossible, for many divorced people to ever rest in a state of pure grief, pure anger, or pure relief when it comes to feelings about one’s ex-spouse. Instead, the emotions often remain mixed-up together in an uncomfortably raw stew of contradictions for many years.” Elizabeth Gilbert

In almost every divorce, there is always one person that is asking for the divorce and one that is not. Although no one – not even the person seeking the change – gets out of divorce free from hurt, often times the one that is left behind appears to have more healing to do from the hurts inflicted from unwinding a marriage.

My client, who I’ll refer to as Sabrina, had been married for 13 years when her husband told her that he was unhappy in the marriage and had been having an affair for the last year. That evening he packed his bags and moved out of their family home, leaving her to grapple with the devastation that had been handed to her on a random Thursday evening.

And her emotions have been all over the place:

Other days she’s hurt and sad.

And still other times, there’s a part of her that’s still holding out hope that he’ll come back.

Some days, she’s consumed with all the ways their marriage was clearly broken and all the ways he betrayed her. She remembers how he abandoned her after having children, leaving her to do all the work and feeling like she was all alone. She can’t see past all the ways he hurt her.

While other days, she can still remember why she fell in love with him in the first place, what a great father he is to their children, and how they used to be so loving together, so long ago. She even feels guilty for how she used to nag and yell at him all the time. She can still see the good in him.

This is incredibly common.

There had to be some elements of the marriage that were good – otherwise it likely wouldn’t have ever become a marriage in the first place and it wouldn’t have lasted as long as it did.

But, to the same degree, if the marriage is ending, then the marriage was clearly broken in a myriad of ways.

Some people can remain in a place of self-righteous anger throughout the whole thing – blaming their partners and plowing forward through the divorce, but then leaving plenty of shrapnel in their wake.

Most of us however, feel the confusion of almost every imaginable emotion and struggle trying to make sense of how we really feel. Here’s what I can tell you:

When a couple is divorcing, it can be such a confusing time. You will feel guilt and self-righteousness. You will feel anger and sadness. You will love him and hate him at the same time. That’s why moving through a divorce can be so damn difficult. Be gentle with yourself, but get ninja at managing your mind so that you can feel more in control of your emotions. 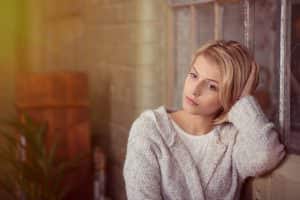 Posted in: Walking Away and Moving On | Tagged with: divorce, divorce advice, emotions, ive decided to leave my husband, life coach, life coaching, love, love coach, marriage, marriage advice, my husband left me, my marriage, my marriage is over, my wife left me, navigating divorce, relationship, separated, why am I so emotional, will he come back, will she come back