Why Is Fixing the Relationship My Responsibility?

I received an email that said:

“Sharon, I appreciate everything you’re saying but why is fixing the relationship my responsibility? I feel like I do everything as it is and now this is just one more thing that’s placed on the woman to fix. I’m not saying I’m perfect, but shouldn’t we both be working to solve the issues inside our marriage?”

I hear what she’s saying.

It’s true and it’s not fair.

And yes, in an ideal world, both people inside the relationship would both do everything they could personally. So that they could show up differently inside the marriage and create the kind of relationship that works for both of them.

But what if you’re the one who’s most equipped to create the change you want?

It wasn’t all that long ago, certainly my mother’s generation and my grandmother’s generation, that women had to acquire relationship skills in order to snag a husband. One that would provide the social and economic security they felt they needed.

Whether we like it or not, women have been in a subordinate position to men for centuries. That has only begun to change in the last 30 years or so.

In business and in our marriages, we didn’t have the luxury of overlooking the psychology of men if we were going to be considered equal.

As a result, I think women now have a deeper understanding of men than men do of women.

Most of my clients know their husbands – their reactions and behaviors, their fears and insecurities – probably better than the men could express themselves. And they are certainly more tuned in to the human behavior of men – what they do and why they do it.

That’s one of the many reasons why you, as a woman, can interrupt the painful patterns and create the necessary change inside the marriage.

Women have long been the nurturers and caretakers of the relationship.

When things aren’t going well inside the marriage, it is often women that are the first to notice.

It is often women that take action to find a solution to the challenges inside the marriage.

AND, you are more knowledgeable about the psychology of men than men traditionally are of women.

Maybe you’re more equipped to create change in the marriage than you even know. 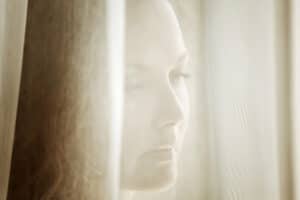