Sounding the Alarm Bells on Gaslighting

Psychology Today tells us that “gaslighting is a form of persistent manipulation and brain washing that causes the victim to doubt her or himself.To ultimately lose their own sense of perception, identity, and self-worth. The term is derived from a 1944 film Gaslight, in which a husband tries to convince his wife  that she’s insane by causing her to question herself and her reality.”

In my coaching practice, I can identify when a woman is being psychologically bullied through gaslighting because they consistently doubt and question themselves. Even about things that are perfectly logical and rational. Sometimes, they’re the emotional equivalent of being curled up in the fetal position.

They also do not have a strong sense of self and their own identity. And as a result, they look to others to tell them who they are. That’s a perfect candidate for someone who uses gaslighting as a strategy to get their needs met. Whether that person is aware of their tactics or not.

If you’re in a relationship with someone who practices gaslighting, that person will never take accountability for their actions.

They will certainly never apologize and ultimately, every issue in their lives will be turned around and blamed on you. They will always be the victim.

Everything from their lack of success at work to their bad mood on any given day. It will be because of something you did or did not do.

Their goal is not to have a rational discussion in order to solve a problem, but rather to make themselves feel better by placing blame at your feet. Making you defensive and feel bad about yourself.

There are tons of online articles written about how to tell if you’re in a gaslighting relationship, so I won’t do that here. But, what I do want to do is begin to sound the alarm bells.

Sometimes I think once we have a label for this kind of behavior and it gets discussed extensively, we begin to normalize it as though it’s there to some degree in every relationship.

Nor should it be.

I think, as human beings, we’re all just trying to get our needs met. But this strategy of using psychological manipulation to do so with your most intimate partner is incredibly destructive to the other person in the relationship and the relationship itself.

We cannot change anything we cannot or are unwilling to see. Period.

So, if your partner cannot see the manipulative tactics they’re using and the impact it is having on you, you do not have to stick around for years or decades, hoping and praying for change.

It will not change.

Also, people do not change just because you’re asking or begging them to do so. No one wakes up on a Tuesday and changes decade-long patterns of behavior because they had some epiphany. If they’re not in a psychotherapist’s office every single week for years around changing this one particular issue within themselves, gaslighting will continue to be present at the table of your relationship.

Gaslighting is nothing to mess around with.

When you’re being manipulated inside of a relationship, it’s difficult to see. But until you step away from it and refuse to overlook such destructive behavior, you will be the one that continues to suffer and be traumatized. 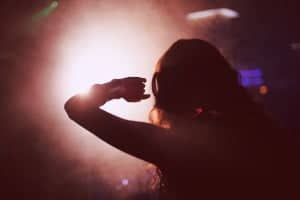