Why Your Husband Shuts Down

“Men want to communicate with the women they love, but how they need to go about it is likely to be very different.” Shaunti Feldhahn

My client Cynthia, processes things very quickly; she has to. She’s a wife, a mother, an executive and CEO of a very busy household. And when there’s an issue in her marriage, she wants to be able to talk it through with her husband in order to come to a resolution. Her frustration is that she feels like her husband shuts down, won’t talk to her about the issue and then believes he doesn’t care. The resentment from not talking about it and arguing about the same unresolved issues over and over again has built up over the years for Cynthia and now she’s just angry and totally disconnected from her husband.

She’s not even certain she wants to keep trying.

But what if this is a misunderstanding?

What if Cynthia and her husband simply process information differently?

What if there was a different way to approach it so that she could get the result she wants – which is resolution?

Women tend to work through the issues they have by talking about the issue. The talking it through is actually where the processing and the clarity often occurs for many women. This is not only a learned and cultivated skill for women, it’s also how our brains work. We have many connections between the left and right hemispheres of the brain, allowing us to talk about and process many thoughts and emotions simultaneously.

Men on the other hand, have to step away from the issue to think it through before talking about it. They don’t process information as easily by talking it through; what comes more naturally to many men is thinking it through.

And sometimes we interpret his need to step away and think it through as our husbands shutting down.

In the book, For Women Only by Shaunti Feldhahn, she cites the results from her studies with men and women, explaining:

“In most cases (although not all) it is actively difficult for a man to think something through by talking it through. He can choose to do so, but the more important or the more emotionally demanding the issue, the more difficult that becomes.”

Fight It or Flow with It

Lots of women become frustrated because their husbands won’t talk through things with them – and then make the assumption that he doesn’t care.

But what if that’s just not how he processes information?

That doesn’t mean that we can’t resolve the issue, it just means we come to the resolution through different paths. And when we can allow each other to process the information in the way that suits each of us in the relationship, then we can get resolution and not feel so frustrated.

For instance, we could bring up the issue and give him the space to think it through and then come back to it a day or two later, so that we could talk about it. If that got us to the resolution we wanted, then who cares how we get there?

We can fight it and insist that men process information the same way we do, or we could just acknowledge the difference and work with it (rather than against it).

Think of it like this: I can drive from Columbus, OH to Atlanta, GA. I can get there in about 9-10 hours if I drive directly south. Or, I could drive through Arizona to Atlanta and it would take me days. Both get you to Atlanta….one is shorter and far less painful. 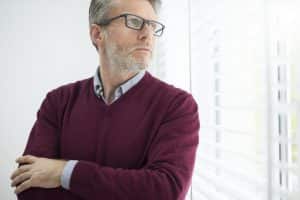 Posted in: How to Fix My Marriage |