When Loving You is Betraying Myself

It was early Saturday morning. He had brought her coffee since she was still in bed. He lied down next to her and starting pawing at her. Over the least two weeks, they have had several conversations where she finally said out loud, “I want a divorce.” He, apparently, wanted to ignore those words. He’s trying, but for her, it’s just too late.

She told me that every time this happened previously, she felt so much guilt and she didn’t want to hurt him so she had sex with him. She didn’t enjoy it, but she felt like it was something that she “should do.” After all, he’s her husband.

This time was different.

This time when the pawing began she gently took his hand and moved it off of her, not even saying a word but looking him in the eyes and making it known that this was not okay.

He became upset and stormed out. He gets to have his reaction.

But she gets to choose as well. And had she just had sex with him as he had wanted, she would have been betraying herself. She would have done what is essentially an unloving act to herself in order to appear to be loving toward her husband in that moment.

She would have not honored what she wanted and what she needed.

And she would have co-signed on perpetuating the lie that had existed between them for the last year.

It was time to just be honest with one another (and do so as compassionately as possible).

The minute that loving someone else become a detriment to the self, it’s time to stop and take a closer look.

We cannot stay in a relationship because it’s what’s best for someone else, while simultaneously betraying ourselves. That’s not love, that’s prison.

And if your most loving relationship doesn’t first include love for yourself, you’re doing it wrong. 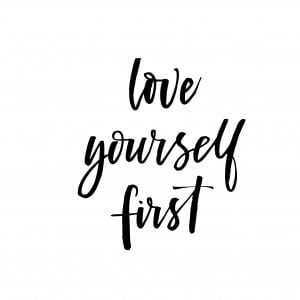