Can You Change Your Marriage?

Let me share a story with you. My client “Mike” had come to me a few months ago and this was pretty much the way he was feeling. He told me about all of the ups and downs in his marriage, how his wife was not really doing anything anymore. She was disconnected, distracted, on her cell phone all the time. Kind of zoned out. She was not involved with him any longer but what felt was even worse, she had no real interest in the kids and the household. Their sex life was practically non-existent, and he felt like he was doing it all.

He really felt hopeless. He felt like there was no way things could get better.

Now that was months ago and it had been going on for a long time. But today, Mike and his wife are more connected than they have ever been.  You might be wondering how that is even possible. Let me tell you.

Mike realized that he had been expecting his wife to change and that while he thought he was explaining to her the reasons why it was so important, he was actually pointing the finger at her. Blaming her. Treating her like she was doing something wrong, and chastising her like a child.

Once you can see it, you can change it.

If you want to find out if your relationship can change and it you are ready to see your role in your experience, I invite you schedule a complimentary Exploratory session with me. Let’s see if we are a fit to work together and start looking at how you can show up differently. 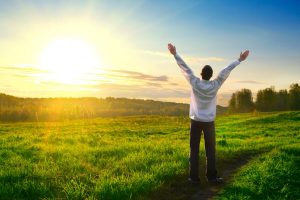