Can’t Get Over Her

Sometimes after a divorce or a painful breakup you feel like you can’t move on.  Maybe you can’t get over her and you don’t know why. You keep trying, but nothing seems to work, and you just cannot let go.

WELL,  I want to propose a few reasons why maybe you can’t get over her.

The first reason why you can’t get over her is forgiveness.  Maybe you really do not know how. Maybe you don’t want to forgive her because you don’t want to appear weak. You don’t want her to think that what she did to you was OK, because it wasn’t. So you hang on to resentment. Anytime you hang onto resentment, you’re not going to be able to move on. You are not going to be able to get over her. It’s like a 20 pound weight you carry with you. Until you can let go of the weight and forgive, it can be very hard to move on and get over the relationship.

Another reason is fear. Fear. On the other side of getting over her there are some scary things.  Like dating, meeting new people, potential heartbreak , falling in love, possible rejection. These are all on the other side of that, so maybe it is easier to stay stuck where you are now. You can just sit here in the discomfort that you know. This pain you know is more comfortable than the discomfort of the unknown. It is easier than the fear of those possible scary actions. So you don’t move on, you get over her. You hang onto the pain you know how to deal with because the things waiting on the other side are unknown and you don’t want to have to do those again.

Sometimes you don’t want to move on. You can’t get over her because if you move on from this relationship you feel like it did not matter. The pain of holding on makes the relationship matter, it makes that relationship important, it means that it meant something.

Recently, my client ,David, was dating someone and they were together maybe three or 4 months. It ended, and he was in heartbreak and mourning the loss of that for over a year. We worked together for quite a while and he discovered that he really didn’t want to get over it.  He felt like getting over it and moving on meant that the relationship meant nothing and he needed it to mean something. He felt such a connection to that person in that short time that he wanted to hang onto it. He was afraid he may not have that again, and even though it was not reciprocated and healthy, he held onto the moments that brought him joy.  He did not look at all the times he accepted less than he needed.

We resist negative emotion and we don’t like to feel it, but you would be better served to sit in the sadness, to discover the feelings that keep you holding on.  If you dig in and allow the sadness, the pain, the disappointment, the rejection.. whatever you are feeling, it is not going to last nearly as long as when you try to stuff it down.

When it feels lighter, when you feel like forgiveness is actually possible, when you know that there’s scary action on the other side of moving on, you are becoming a little bit more open to the possibility. When you are genuinely ready to move on and you don’t want to carry the weight of this pain anymore, you can absolutely move on. There are steps that you can take and there are guides that can guide you. There are ways to do it, but nothing happens until you want it.

So if you’re feeling stuck after a painful heartbreak or divorce consider these options and see if any of these resonate with you. Maybe one of the reasons why can help you figure out why maybe you have moved on yet. 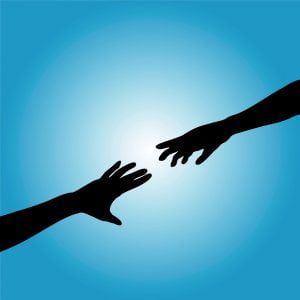