Gaslighting in your marriage can be debilitating and hard to recognize. Gaslighting is defined by Psychology Today as a form of persistent manipulation and brainwashing that causes the victim to doubt him or herself and to ultimately lose their own sense of perception, identity and self-worth.  Many of you know this term from the 1944 film called “Gaslight”. It’s the one where the husband tries to convince his wife that she’s insane. He does this by causing her to question herself and her reality.

This can look many different ways within a relationship and  It sounds really scary when you see brainwashing as part of the definition, but brainwashing can happen slowly, over time, and in ways we do not really expect. Sometimes we do not even recognize it as such. Today I want to talk with you about gaslighting inside of your marriage. I hear this term a lot with my clients when they are describing their relationships and it is important to take a look at this and start paying attention to it if it is happening to you.

Many people think that gaslighting is something only experienced by women, but it is not. So when a new client comes to me, there are some things that stand out when gaslighting has been present in the marriage. Usually, there is a lot of self-doubt. He doubts himself at every turn and questions his perception.  He lacks confidence emotionally, and doesn’t have a strong sense of self. Maybe that was present before but it isn’t anymore.  Decision making and being sure of what has been said or happened is truly difficult for this person.

When this happens, identity gets defined by something outside of the self. Typically it is through the eyes of the person that is doing the gaslighting. This is why it’s so debilitating.  This isn’t just a bad behavior or hurtful behavior. It is much more than that. This is debilitating because it can take the strongest of people and overtime turn them into the person that is not knowing how to move forward, not sure of any decisions, and questioning everything that has happened.

Let me share an example. My client “Max” has been married for about 14 years now and had spent the last 7 or 8 of them paralyzed in doubt. He is no longer sure of anything really. Whenever there is an argument, it is his fault. Whenever he tries to explain something that has happened and how he feels about it, he is told that he is wrong. That he doesn’t remember it correctly. Usually his wife will tell him things like “ I didn’t say that”, “you are just remembering it wrong”, “that isn’t what happened”, or “ I don’t know what you’re talking about.” Sometime, she will tell him that he is the one who did and said certain things. There are times where he really feels like he knows for sure exactly what he said but now those times are very few and far between. Anymore, he wonders if maybe he is remembering everything wrong.

It didn’t happen overnight. It started out with him defending his position and memory of events with long arguments. He would try to reason with her and go back over everything that was said pointing out exactly what had gone on. Each time she would turn it around on him and deny his point of view. He would keep trying. Approaching it from every angle he could but to no avail. Hours would pass with him trying to reason and every time it would end with him feeling like it was crazy.

What about the person doing the gaslighting? This person isn’t interested in talking about an issue and trying to come up with a solution.  They want to offload the responsibility for any issues that are going on in their lives. So, whatever they are not happy with, they are going to place the blame elsewhere. This person is always going to be in the victim role in that all these bad things that are happening are someone else’s fault. They are not going to see themselves as the victim but will see themselves as the more powerful person. So whatever is going on in their lives that isn’t going the way that they want it to, it is not their fault. They are going to blame someone else and they’re going to lay that blame right there at your feet. That doesn’t mean that you have to pick it up, but often times, that’s the problem. You pick it up.

If you pick it up and carry it, that’s going to impact you.

If this is happening in your relationship and you’re aware of it, I want to start sounding the alarm bell. Sometimes we put a label on something like “oh this is gaslighting”. Then we start to normalize it in our brains with statements like “everyone deals with this to some degree”, or “it’s not really that often”, or “a little bit of it is okay”. But,  It is not okay. If you go back to the definition, psychological manipulation, this is not okay. Using psychological manipulation to get your needs met at the expense of someone else is not OK. So if it’s present for you then you really need to start taking this seriously.

You know it is present, you know that it is serious and now maybe you are wondering if it will this ever change? Let’s talk about why people change. Well, first, no one changes because you want them to. Just because you ask and point it out, they are simply not going to say, “oh, okay, I won’t do that anymore”.  I mean we have all tried that and seen it does not work.

Second, and I think you have heard me say this before, is that no one wakes up on a random Tuesday and suddenly has this epiphany where they say “oh wow.  I’ve been gaslighting my partner. That’s so destructive and hurtful. I’m not going to do that anymore. I’m going to do it differently.”  That’s just not going to happen.

If someone is gaslighting and they don’t recognize that they’re doing it, and  they can’t say the words, take responsibility and action, it is not going to change.

I want to say that again, and be very clear, so you can tell yourself the truth. Your partner is not going to change this unless they can say something like “I realize I’ve been gaslighting and that’s not who I want to be, I don’t want to do this”,  and then take action to make change. Action is not reading a book or watching a YouTube video. This is really serious stuff and it is habitual behavior. Action is going to a psychotherapists office every week for several years working on this. Working on what created it for them and helping them get tools to learn to be in relationship differently and get their needs met differently. They would need to create new habits, and unlearn what they learned.

That’s why I say a psychotherapists office every week for years. That’s what would be required to really unwind this behavior. So if they’re not willing to do any of that, do not lie to yourself. Thinking things like “maybe she won’t do it for long, maybe this will change, things have been going pretty well so far”. That Is not change. That is not stable.  That is fragile and that could break at any moment.

Again, if you’re aware that gaslighting is present ,you have to tell yourself the truth about that and about what that relationship truly can and cannot ever be, and then make some real choices for yourself. Whether or not you’re willing to live with that, and whether or not you can stay in a relationship like this that is not going to look any different. 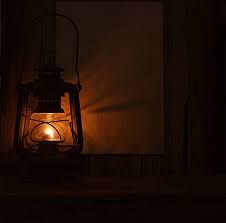