Many times when relationships are struggling ,one of the reasons for that is because we argue about the same things over and over and over again. Painful patterns never seem to get resolved which just makes us feel like we’re on a hamster wheel and we can’t get off. We need to start looking at our patterns of engagement so that we can interrupt those patterns and find a way to change the outcome and get off the wheel.

My client, “Scott”,  came into coaching with me knowing he had anger issues and knowing that he wanted to genuinely overcome this. He and his wife had this painful pattern that had been going on for over 20 years.  Once we outlined what the painful pattern was, we could identify where he could interrupt it and where he could do it differently. Here’s the way that he and his wife would engage with one another:

-So there’s some complaint from her and then he feels the need to defend why he did what he did or didn’t do what he didn’t do. He does that, and she doesn’t let it go.

-She keeps after it and then starts to defend her position on why she thinks he should have done it differently.

-That just makes him angry and he starts yelling.  As soon as he elevates to a place of anger and yelling ,she just can’t engage in that anymore so she just shuts down.

-Then they would walk around on egg shells for a couple days, giving each other the silent treatment, and then after a few days it would blow over.

Now, they never addressed the issue, they never solved the complaint to begin with and so this painful pattern just kept repeating over and over again. This chain of pain just kept repeating itself. I call it the chain of pain because every time we do that pattern again and again and nothing ever gets resolved it just sort of chips away at us overtime.

Right at that place of where he gets angry is where he can change the pattern on his side. He started to interrupt the pattern, so when he saw it coming,  he’s started to do it differently. Instead of getting angry and raising his voice ,he took a step back and said “let me understand your perspective. Help me understand through your eyes what you are experiencing.” Then he started listening. As soon as he did that, he didn’t perpetuate the same pattern, he interrupted it, and they started to have real conversations. They started to resolve things.

When he interrupted that pattern, when he stopped getting angry, it never led to her shutting down then giving each other the silent treatment for three days. None of that happened. So as soon as he stepped back and wanted to understand, that was when things began to change.

Get a piece of paper and map out you and your spouse’s pattern of engagement.

-How does your partner react to what has happened?

-How do you react to their reaction?

We all have these patterns of engagement. If you’re struggling in your marriage, I promise you there is some pattern and it is always circular. Otherwise it would get resolved and you wouldn’t see it show up over and over again.

If you would like to find out how to identify your patterns and how to create change in your relationship, I invite you to schedule a complimentary Exploratory Session. 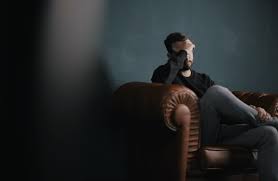