Saying What You Mean

Saying What You Mean

If someone asked you if you say what you mean when you are communicating with your spouse, you would more than likely answer them with a “yes”.  We think we say what we mean in most situations, but do we really?

Recently I had a conversation with a client who I will call John. John was telling me about a talk he had with his wife, Cheryl. She decided to leave the relationship one day without warning, and he came home to an empty house. No note, no phone call, no text, no email. She was simply just gone.

John knew, of course, that things had not been good for a while and if he was honest with himself, he would say that he was not happy in the relationship. He too had thought about leaving but did not know how and wasn’t sure if that was the choice he wanted to make.

Now, the choice had been made for him, unexpectedly, without him. He was shocked, hurt, confused, angry, sad, anxious, you name it. He did not know what to do and did not understand how this happened.

Cheryl called the day before John and I had our weekly coaching call. He answered and once the conversation started he told Cheryl “what you did was wrong, how could you do that to me”.  The conversation got louder, out of control, and ended with John hanging up the phone.

John had questions, and arguably, there would be plenty of people who would agree with John that what Cheryl did was “wrong”.

John thought he said exactly what he meant. John was hurt, and angry, and felt betrayed, so told his wife what she did was wrong. Now she knows how he feels.

Cheryl heard that she is wrong and that John does not approve of her. She responded by defending herself and blaming John.

Communication is not something we are taught, and most of the time we are doing the best we can with our limited ideas and tools.

If you are ready to change the way you communicate, and discover if you can reconnect with your spouse and make your marriage feel good again, set up an exploratory session now. 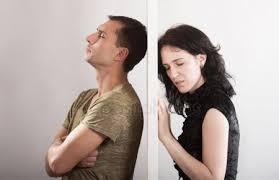