This is an interesting topic because we have sort of given it it’s own category. It used to be that infidelity or cheating was categorized by a sexual act, but now we have this other kind of cheating. The emotional affair.

Just this week I was working with 2 different clients and both were in a situation where there has been an affair. One was explaining to me that his wife had an emotional affair with someone she was talking to online. He said it had been going on for a while now but it was “just emotional and not as bad” and he felt like he could forgive her and move forward.

These are both examples of how we twist things around in our mind to make the affair okay and to make room for the relationship to continue. Neither one of them is right or wrong here. You can move forward in your relationship after an affair of either type. But what you cannot do, is lie to yourself about what is really happening.

Someone once shared a definition of infidelity with me that I think is spot on. They said that infidelity is anything that you do in secret from your spouse. This is just a broad definition. You may be thinking “well, I have friends that I talk to, or spend time with” and that is perfectly fine. BUT if you are doing it in secret, that is when it becomes infidelity.  That is when it becomes a betrayal of the relationship you have.

Here is an example: Back to my client who said his wife was just having an emotional affair. It turns out that when he talked to her about she told him that it was nothing serious and they just talked online. Then she said that they talked online, and sometimes on the phone or via text. She also mentioned that she did meet him once or twice and they just sat and talked at a park nearby her office. Well, it turns out that they met many times and it had been going on for almost a year. So here is the thing- two grown adults do not meet in secret over the course of a year because they are looking for another friend. They are not looking for a buddy. If they have not slept together yet,  it is moving in that direction.

There are many options here if we use that broad definition of infidelity. It is not the “thing” that is the infidelity it is the secrecy of it that makes it a betrayal. When we do any of these things in secret, this is how we betray the other person.

So when we talk about emotional infidelity, this is sharing your heart with someone. This is a line that is being crossed. Creating an intimate connection outside of the marriage is a betrayal. Just because there has not been a sexual component and that line has not been crossed, it is going to be crossed at some point. It just has not happened yet.

Infidelity is painful and causes a lot of hurt. If you are ready to take the next step and get very clear about what is going on in your marriage and figure out if you can stay and make it better or if the answer is to move on- I invite you to schedule a complimentary Exploratory session with me. 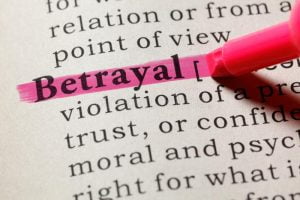