Is Your Marriage Over?

Your marriage is over? Is it?

Today we are talking about that moment when you realize your marriage is over. I think this is an interesting topic because so many times people that I work with kind of report back that they remember when they realized it was over.

Many of you know you know I work directly with Sharon Pope, and she had a client who told a story about the moment when she knew the marriage was over and I think it’s a great analogy,  so I wanted to share her story with you today.

The client said that she felt like her marriage had been like a chandelier.  Over the last 10 years all these different things happened within the marriage that were damaging and each time, as they occurred, a bulb would go out in the chandelier. One by one.

So I think that the reason why this analogy is so important is that we can all relate to the idea of the chandelier. It does not matter if you are the man or the woman,  it doesn’t matter if the examples are exactly the same; we can take our own examples and put them in that place where that bulb would be on the chandelier.  It wasn’t like that one day where the last light went out that there was a lot of rage, or a lot of anger. It wasn’t a huge event that caused the final light to go.  There was sadness and indifference over the truth that the marriage was just over, knowing that it was done.

There’s rarely a moment of upheaval and rarely a time that it blows up all at once and that’s what the chandelier example explains to us. There are many things, I promise you, that lead to the blow up. There are things that occur every day within the marriage. Marriages end slowly and gradually because of those small hurts and betrayals over the course of time. I know sometimes it feels like it ends in a big blowup or a big argument or a big storm of anger and rage between the two of you but I promise you that doesn’t just happen overnight. What happened was that there were so many times that one or both of you felt abandoned, hurt or betrayed by the other person and at the time it just might not have seemed like a big enough deal to end the marriage.

The problem is that the small instances add up overtime to something really meaningful, to something larger, to something really significant. To the point where the disconnection between the two of you grows so that you don’t even recognize it. At some point, you come to the realization that the marriage is over. That’s what happened on the day the last light of the chandelier went out.

When there is hurt, guilt, sadness, rejection, resentment; that’s the time where we really need to pay attention and ask ourselves the question: “Today, the way I feel in this marriage, is it over?”  Now when you ask yourself this question, you will know that answer not from your head but from your heart. The question of “is my marriage over” is not that easy to answer right.

Many of us go looking for the three question quiz to tell ourselves if the marriage is over or the checklist that lets you know that it’s time to leave. But it’s such a personal decision and something that impacts your entire life and your family’s life so it’s not something that you can answer just through a simple three part quiz or filling out a checklist. You have to really be able to navigate and feel into that. Know that when the truth shows up for you, there probably won’t be anger, rage and hatefulness, but more of a feeling and inner knowing that is undeniable that the marriage has just reached the end. 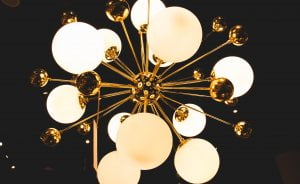