The Most Beautiful Thing I’ve Ever Heard a Client Say

I attract the most amazing women and this particular client was no exception.

When we first began working together, she had one foot in her marriage and one foot out of her marriage. And although she wasn’t sure what would happen between her and her husband of 20 years, she knew she didn’t want to betray herself and give up on ever having the kind of deeper love her heart craved. My job as her coach was to hold that vision with her.

What she found was that as she became more fully herself inside the marriage, he responded.
When she made herself present and vulnerable, he did the same.
When she let loose, took down her self-protective wall and began to have fun again, he did too.

She’s saying that when she shows-up fully, the marriage thrives. But when she was keeping score and living a distant and independent life (pretending they didn’t need one another), the marriage became increasingly disconnected.

This is what it means to take the lead in the marriage. All you have to do is show-up and be the woman you know you can be.

This is why I can say with full confidence that one person can change the marriage. I’ve never met her husband. He hasn’t watched any of my videos or implemented any of my tools.

This is why – even when things feel hopeless – somehow hope appears and creates new possibilities that didn’t exist months or years ago.

You have so much more influence over the state of your marriage than you even realize. Let’s explore it together. 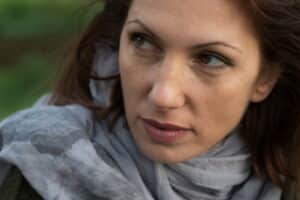