My Marriage is Over

“neither of us is happy
but neither of us wants to leave
so we keep breaking one another
and calling it love.”
-Rupi Kaur, Milk and Honey

One of my clients recently shared with me an analogy of how her marriage had been like a chandelier over the last ten years:

That’s when she remembers catching a glimpse of herself in the bathroom mirror and saying out loud, “My marriage is over.”

It wasn’t met with anger or rage.
It wasn’t expressed with despair or anxiety.
The truth was just there, staring back at her in the mirror that day.

There was sadness…but mostly there was indifference…
…to the knowing she had, ”My marriage is over.”

Marriages never end in a moment of upheaval.

Even when it seems to blow up all at once, I promise there were many things that led to that blow-up prior to it occurring.

Marriages end slowly…gradually…through small hurts and betrayals over the course of years.

If you feel (or fear) that your marriage is over, I invite you to join me for my free webinar, UNDOING I DO: How to Unwind and Lovingly Release a Failing Marriage. You can register here. 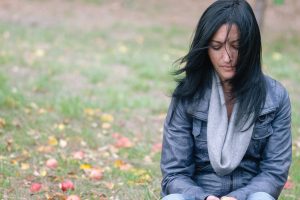