How Our Self-Respect Plays a Role in Marriage

“We have to do our part and show-up for ourselves in order to gain our own self-respect.” -Jacqueline Somerville

I heard something this week from one of my mentors that I had not heard before. She said,

“We have to do our part and show-up for ourselves in order to gain our own self-respect.”

She had been talking about it in the context of setting goals and then by consistently showing-up for yourself in order to meet that goal – even if you miss the goal – you’re building self-respect.

Because the truth is: You can’t bullshit yourself.

I think this is one of the reasons why so many women get stuck in indecision about whether to stay or go. They don’t want to endure a divorce, but they don’t actually believe that the marriage can be any different than it is today, because they’ve been trying…

But when I am with these women privately in a moment of honesty they will share with me: they haven’t really tried.

Sure, they took some actions, but they haven’t given it their best effort. And they know it.

So, they can’t leave the marriage with any degree of confidence…

They question, doubt, and second-guess themselves…

Because by not truly showing up for themselves and their marriage, they’ve lost some of their own self-respect and now they don’t trust themselves.

So they remain STUCK. Not leaving and not ever really trying.

Here’s the thing: Sometimes we can fool those around us, but at the end of the day…we know when we’re giving it our best and when we’re “phoning it in,” don’t we?

…Once you really lean-in with a plan of action…

You build self-respect, you begin to trust yourself again and you can make a decision with both confidence and clarity.

Want the plan and the proven process that has helped hundreds of women show-up for themselves in a new way and reach a decision so they’re no longer feeling stuck and stagnant?

Let’s see if there’s a fit for us to work together. 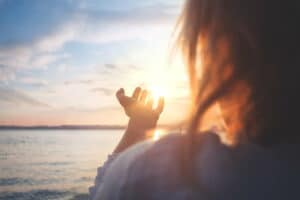