When You Take Responsibility, You Have the Ability to Respond

Fran and Steve had been together for 26 years.

Fran had become more controlling after their children were born and their schedules became more and more chaotic.

She would frequently talk over him when he tried to speak.

She would stifle his ideas and want to do things her way.

But after many years of this treatment – along with growing older and realizing life is short – Steve asked for a divorce.

Maybe Steve had tried to tell her how unhappy he was. Maybe she wasn’t in a place where she could hear him.

Fran was secretly hoping that he had cheated….that there was some outside person she could point the blame at for the troubles in her marriage. She didn’t want to have to look at how she contributed to the problems.

It feels better to blame than to feel the sadness or regret when we look closely at our own stuff.

I know it feels so much easier to blame him….or blame his mother….or blame some other woman…

But there’s no opportunity for growth there.

I heard this yesterday and thought it was so appropriate to the work I do:

When you take responsibility, you have the ability to respond.

When we’re willing to look at how we contributed to the troubles inside the marriage and take responsibility for our actions, it gives us the opportunity to make some conscious decisions about whether or not we want to continue to do it the way we’ve always done it or make a different choice.

We can choose a difference response.

And when we choose a different response, we have the opportunity to create a future relationship that looks and feel dramatically different than our past relationships.

It’s just a choice. An important choice. And a brave choice. 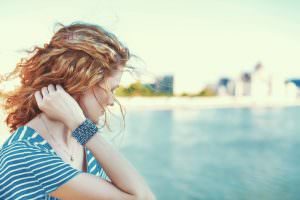