What Would Happen If…

“Sometimes life is going to hit you in the head with a brick.” Steve Jobs

What would happen if you stopped showing up for work?

Seriously, pretend that starting tomorrow you’re just not going to show up to work…

Or maybe you’ll be there physically, but you’ll just sit there and not actually do any work that you’ve been hired to do.

What would happen? Well, eventually you’ll get fired.

How long do you think it would take before you would be fired?

How Does This Relate to My Marriage?

One of my clients recently shared with her husband that she couldn’t continue on inside her marriage the way it was.

They have been living as roommates, co-existing under the same roof. They never talked – at least not about anything that mattered.

He’s there physically, but he’s not engaged with her, her life, or with the family.

When she told him that the relationship needed to change or she was going to pursue a separation, he was shocked. He said he had no idea she was unhappy and this announcement took him completely by surprise.

But it shouldn’t have been a surprise. He had stopped showing up for the marriage several years ago. He began staying later at work. When he was home, he either had his nose in his phone or staring at the TV. He was rarely in a good mood.

But when she was really honest with herself… He wasn’t the only one that had stopped showing up inside the marriage.

After their second child was born, life became so busy. By the time she landed in bed at the end of the day she passed out almost as soon as her head hit the pillow. There was nothing left in her tank for herself or to contribute to the marriage.

Relationships are literally the most important thing in our lives. At the end of our days, the quality of our relationships is all that will matter.

But for relationships to thrive, we have to show up for them consistently.

Has one or both of you stopped showing up inside the marriage?
Have you stopped leaning in?
Stopped trying to connect?
Have you given up that change will ever happen?
Have you been convincing yourself that this is just how marriage is?

Maybe it’s time to begin showing up and doing it differently.

If you’re ready to learn how to do that so that your marriage has the opportunity to feel connected and loving, then I’d love to see if there’s a fit for us to work together. 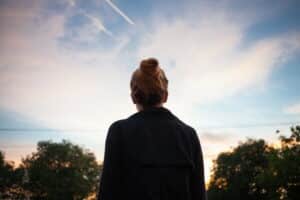