“Each night ask yourself…when did you withhold love when you might have given it?” Marianne Williamson

My client, Marilyn, told me it had been at least 5 years since she and her husband had sex.

She said they fall asleep each night lying next to one another, but feeling a million miles away from him.

Through tears Marilyn shared that she hadn’t been held in at least that long.

1825 days without physical closeness and connection.

1825 days without feeling seen and understood.

1825 days without her husband’s arms around her.

Of course that made her feel both lonely and sad.

But what Marilyn knew for certain was that she was not willing to go another 1825 days without sex, without intimacy, without closeness, without affection and without being held. So either this marriage was going to evolve or she was going to end it.

She also knew that she had been holding back. It wasn’t all her husband’s fault. They had both become a bit lazy in this department, letting the busy-ness of life take priority over their relationship. She had been withholding and keeping her husband at arm’s distance for 1825 days.

The other thing she knew for sure was that before she ended the 21 year marriage, she needed to give it her best effort. That way, even if the marriage ended, she could make peace with that decision knowing she had tried her best.

Here’s what’s different about my client compared to most other women struggling in their marriages:

She’s willing to see the truth about where the relationship is today.

She’s willing to be accountable for her role in the creation of that experience and make necessary changes, knowing she is doing everything she can to show up as the woman she wants to be in the marriage.

She’s clear about what she wants and she’s not going to lie to herself in order to avoid taking scary action.

When you have that kind of clarity, you know what to do next. The steps to take – while not easy – can be navigated with ease.

If you’re ready for real clarity in your own life and marriage, let’s talk and explore whether or not there’s a fit to work together. You can find out more about the work I do with my clients here. 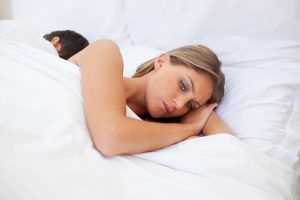