“Whether you’re checked in or checked out, you’re always on a spiritual journey.” Alanis Morissette

Women will often leave a marriage mentally years before they leave physically.

When I’m working with a new client, I ask them to tell me about when the marriage started to deteriorate. The women will say things like:

When a woman stops talking, sharing her heart, and sharing her feelings, she is actively checking out of the marriage, whether she’s conscious of it or not.

Women connect primarily through communication, so when a woman stops communicating, she’s beginning to check out mentally from the marriage.

And while that might seem easier for a while because she’s not requiring much from you…(after all, you don’t have to listen to her stories or the details of her day, she stops asking you about your feelings, and you probably aren’t even arguing…)

That’s because she’s checking out.

This checking out period can last for years while she tries to convince herself that things in her marriage will change.

And when they don’t (because things never just magically change on their own), she begins to think about ending the marriage completely.

I’ve said it once and I’ll say it again….

Women will often leave a marriage mentally years before they leave physically.

If you have mentally checked out of your marriage, shutting down doesn’t make things better. It only creates a greater disconnection over time…

And we know how that story ends.

If you want a different ending to that story, then you have to figure it out now.

Not after the holidays…

Not when it’s convenient…

And you have plenty of time…

This is going to take a minute, so you’ve got to give it some space to see if the marriage can evolve to a new place, or if the only answer is to end it with as much peace and love as possible. 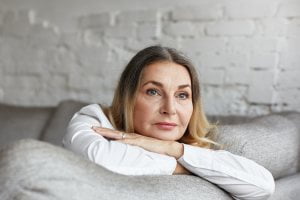