Some women tried everything they knew to attempt to make the marriage work for years or maybe even decades.

Things would feel a little better for a while, but it always reverted back to the same distance between them, the same resentments, and the same hopeless feelings.

And after trying and being unsuccessful for years…she gave up.

She checked out and gave up on the marriage.

So, she essentially gave up on him.

Because there is some implied finality to giving up, she likely never told her husband that she had done so.

At some point – maybe even years later – she became so far gone mentally and emotionally that the distance between them became palpable even as they were still existing under the same roof. There comes a point in a dying relationship where the act of physically leaving begins to feel like a logistical technicality.

Here’s the issue that happens time and time again…

By the time a woman makes the decision to leave physically, she checked out mentally years ago.

So when she asks for a separation or divorce, now she has her husband’s attention. Now he’s in enough pain and fear that he’s willing to make changes…Any changes…Whatever it will take.

But nothing seems to be working, which makes her feel guilty and him feeling powerless.

His actions alone now cannot flip the switch in her heart. These things might have worked years ago. But what occurred for her between the time she left the marriage mentally and when she decided to leave the marriage physically cannot now be bridged by good behavior and small actions.

Now a miracle would be required.

And miracles happen every day. I literally had a client use that language with me this week after working with me for two weeks: “I’ve been (using your tools) and it has been miraculous so far. And just sharing (one of the tools) with my husband and having a heart to heart talk after has completely shifted our dynamic! We can barely stay away from each other, we’re so excited to be together, smiling, flirting, and enjoying each other fully. Even the passion is back.”

But I also will honor the woman’s decision when it’s just too little, too late. Sometimes she no longer even wants to try and that’s part of the final decision-making process as well.

Sometimes we genuinely want to try…

And sometimes we just want to want to try…

FOR WOMEN: I’ve left mentally and fear I’m getting close to leaving physically…

FOR MEN: My wife might leave me and nothing I seem to be doing is working… 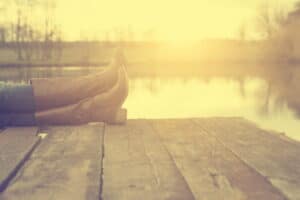