Who Taught Your Husband How to be a Man?

His grandparents slept in separate twin beds in the same room. His grandfather was a funny, endearing man. He was not the Alpha in that relationship, though. His grandmother was clearly in charge.

His father wasn’t the snuggly type. He preferred to work long hours and create financial success versus spent time with the family. When warranted, he would encourage the kids with a pat on the back and a “good job,” but rarely with a hug and I love you.

This was the lineage through which he learned what it looked like to be a man.

He learned that being a man meant you work hard consistently.
He also learned that, while mothers can show affection, men do not.
Men don’t share much of their heart. They only communicate what’s necessary and the woman runs the relationship.

So, maybe neither of us should be surprised that I was in charge, but left wanting when it came to connection and affection.

Who taught our husbands how to be a man?

Their fathers (or grandfathers or other prominent male figures).

But what it meant to be a man and a husband a generation ago is very different than what is asked of men today.

Think about it. Our fathers needed to provide and protect. As long as they were consistently going to work and showing up each night, that was enough to sustain a marriage. My father wasn’t even in the delivery room when I was born. He was across the street getting a sandwich. And many dads from that generation never even changed their kids’ diapers, bathed and put the kids to bed at night. Nor attend their dance recitals.

The roles were very clearly defined, as was what was required as a husband and father.

Today, those roles are less defined. What is asked of husbands and fathers to sustain a marriage is changing.

We want connection and communication. Vulnerability and honesty.
We want affection and passion.
And yes, we still want the providing and protecting (albeit needing that to a much lesser degree in our generation).

Now, we’re asking men to be in a relationship in a new way, and not surprisingly, many are confused. This isn’t what they were taught and these behaviors were never modeled for them.

I don’t think most men today are deliberately holding back on giving us what we desire our most intimate relationship. But I do think there’s an entire generation of men that are being asked to stretch in new ways that feel foreign to them.

To sustain a marriage today, they either have to…

This is one of the reasons I can find compassion for men as well as women when it comes to why our marriages are failing at such a high rate.

Shannon Cyr is a coach on my team specializing in working with men. While I am over here helping women get clear about what they really desire and showing up as the woman they want to be inside the relationship to create change. 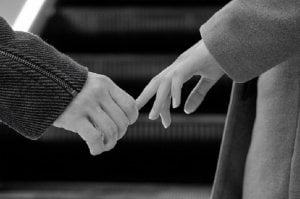