When I say the terms alpha and beta here, I do not mean that alpha is better than or superior in any way to a beta. It’s not a hierarchy. It’s a disposition, a way of approaching life.

One wants to take the lead and make decisions swiftly (the alpha). One prefers to take their time and not react as quickly (the beta).

Neither alpha nor beta is right or wrong.

It’s a style of existing in the world.

At its finest, it’s our true nature.

The world functions because we have people who can navigate both roles.

And believe it or not, relationships work because both an alpha and beta exist.

My husband and I were making the bed one day and there was someone on the morning shows who said every relationship has someone who plays the alpha role and someone who’s primarily in the beta.

I asked him who he thought was the alpha in our relationship (for sure thinking he would agree with me that I was clearly the alpha….). He looked at me, confused, and said “Of course, I’m the alpha.”

And this alpha woman f-ing loved that!

I am someone who CAN BE an alpha.

But just because I CAN be doesn’t mean I WANT TO BE the one in charge making all the decisions all the time. I am more than glad to step aside to let my beloved take the reigns. It takes absolutely nothing away from my own personal power. If anything, it’s like the wind at my back knowing that this strong man has got me (and gets me). 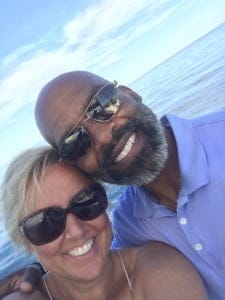