Why Do So Many Second and Third Marriages End?

“It’s easy to blame others when things are broken. The hard part is recognizing the part you played in it all.” Unknown Author

Here are the unbelievable stats about marriage and divorce*:

The rates of divorce increase pretty dramatically for second and third marriages.

That’s not a coincidence.

When your first marriage falls apart, the fairy-tale one that you thought would last forever, most people genuinely believe the problems were a result of their spouse’s actions or inactions.

But with that belief comes another thought right on its heels that tells you, If the unhappiness and problems in your life are a result of your spouse then once you leave this marriage, the problem goes away.

Now because you think you’ve solved the problem by leaving the marriage, you never look back and do the work to understand and own your role in the creation of the problems in the relationship, or to heal the wounds from your first marriage.

And then, we wonder why the divorce rate is so high for second and third marriages…

And we wonder why our relationships never feel good…

And we wonder why some people find real happiness in their marriage, but it doesn’t work out that way for us.

That’s because we haven’t yet taken personal responsibility for our own lives and our relationships…….

Here’s the thing: It’s not your fault.

No one ever taught us how to be in relationship with one another and how to handle it when things start getting bad.

No one ever taught us how to express what we need and how to set healthy boundaries.

No one has ever taught us how to communicate, how to listen, and how to identify what’s really going on between the two of you.

…If for no other reason, so that we don’t have to endure multiple divorces, endless heartache and making the same mistakes again and again.

If you’re ready to end the painful cycle for yourself, then I invite you to apply for a complimentary Truth & Clarity session with a member of my team to see if there’s a fit for us to work together. We decline half the applications we receive because there are far more people that need help (see, you’re not alone) than we can serve, so make sure you’re sincere about not going through marriage after marriage after marriage. 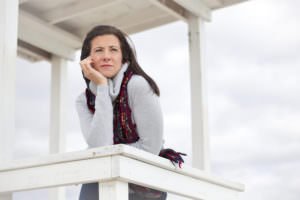