I Stayed Longer Than I Should Have

“The best time to do something significant is between yesterday and tomorrow.” Zig Ziglar

I once had a client who was hard on herself for staying longer than she should have in her marriage.

The type of language she was using sounded something like this:

I should have known better…

Have you ever felt this way?

There’s a reason they say hindsight is 20/20, and that’s because things in the rearview mirror always seem so clear. But, in the moment, we often have to be hit over the head before we take scary but necessary action.

That’s because we let our minds talk us out of what our heart and inner wisdom truly know.

But second-guessing the past is a fruitless effort since there’s nothing we can do to change it.

The truth is that you don’t know what would have happened had you left the marriage sooner.

You have no way of knowing that things would have been better or worse had you left sooner.

In the words of Danielle LaPorte, “Trust the Divine timing of your life.”

You’re only ready when you’re ready.

And sometimes, we have to make the mistake of not fully honoring ourselves over and over again, so that we can ultimately learn the lesson to honor ourselves in the present and the future.

If you’re still feeling stuck and assuming the only answer is to end the marriage (but feeling terrified to move through that answer), then now is the time to get crystal clear on whether or not the marriage truly is over, and feel equipped to take action.

You can schedule a complimentary Truth & Clarity session to see if there’s a fit for you and I to work together here. 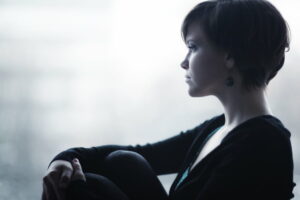