If Your Wife is Controlling, Here’s Why.

“If I was meant to be controlled, I would have come with a remote.” Genereux Philip

Have you ever felt like your wife is controlling?

Maybe she is afraid that you are not being fully honest, so she watches your every move and monitors your phone.

Maybe she’s afraid that the kids will get into trouble, so she wants you to parent the children in the same way she does.

Maybe she is afraid of what other people will think if your picture-perfect life changes.

It goes the other way too; sometimes men attempt to control their wife’s behavior.

But every single time we attempt to control the people or circumstances around us…if you trace it all the way to the root of what’s causing that controlling behavior is some form of fear.

I’m going to get hurt.

We mistakenly believe that if we can control the situation, it will make that fearful feeling go away.

And it might…until the next time.

Which then places us in the situation of having to control again and again and again in order to manage our fears, pushing our partners further and further away from us (which only brings up more fears).

No one other human being – not even our spouses – are here to do what WE want them to do. So when we attempt to control them, we’re trying to control the uncontrollable.

Human beings aren’t created to be controlled by another human being.

Spouses aren’t there to be a puppet.

And relationships are not designed to make all your fears go away.

It’s actually quite the opposite, as it is our relationships that will bring all those fears to the surface.

Rather than trying to control the uncontrollable, maybe it would just be easier to get in touch with what it is we’re so fearful of and manage that fear for ourselves.

And if you’ve been allowing yourself to be controlled in order to keep the peace in your relationship, maybe it’s time to look closer at how you’ve been teaching her to manage her fears by controlling you and your actions. 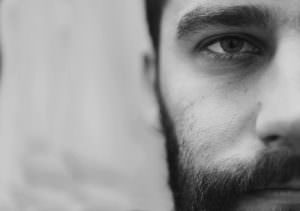